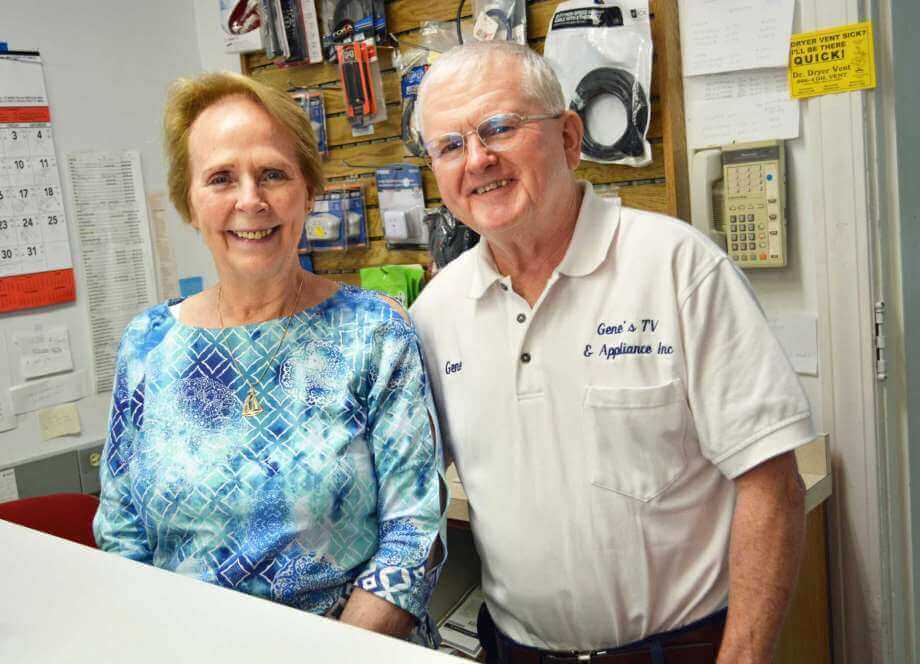 What began as a humble home business repairing televisions, VCRs and stereos, has grown into an entrepreneurial success that's enjoyed 42 years of existence in the city's North End.

Gene's TV & Appliance owner Gene Wiernasz and his wife Shirley of 34 years, have sustained and grown the couple's operation because they wholeheartedly believe customer service goes far beyond the initial purchase. Their golden rule? "Service, service, service. No question. Being nice to people and listening to them," Shirley Wiernasz said.

"We're very fair with the prices, and we're here after the sale, too." Gene Wiernasz said.

The stories this couple recounts are laughter-filled vignettes that chronicle the remarkable story of an American dream that defies the trend of family businesses forced to close after big-box behemoths arrive in town.

Gene's, which opened in 1977 in Gene Wiernasz's home in Middletown, moved for a short time to Higganum, has been in the same location off Stack and Spring Street since 1981. It offer clients sales, service, delivery and installation.

In the expansive showroom, which now extends into the connected former home next door, there is an array of refrigerators, ranges, washers, dryers, gas grills, air conditioners, televisions and much more: from Bosch, Amana, Whirlpool, Maytag, Sony, Samsung, GE and other manufacturers.